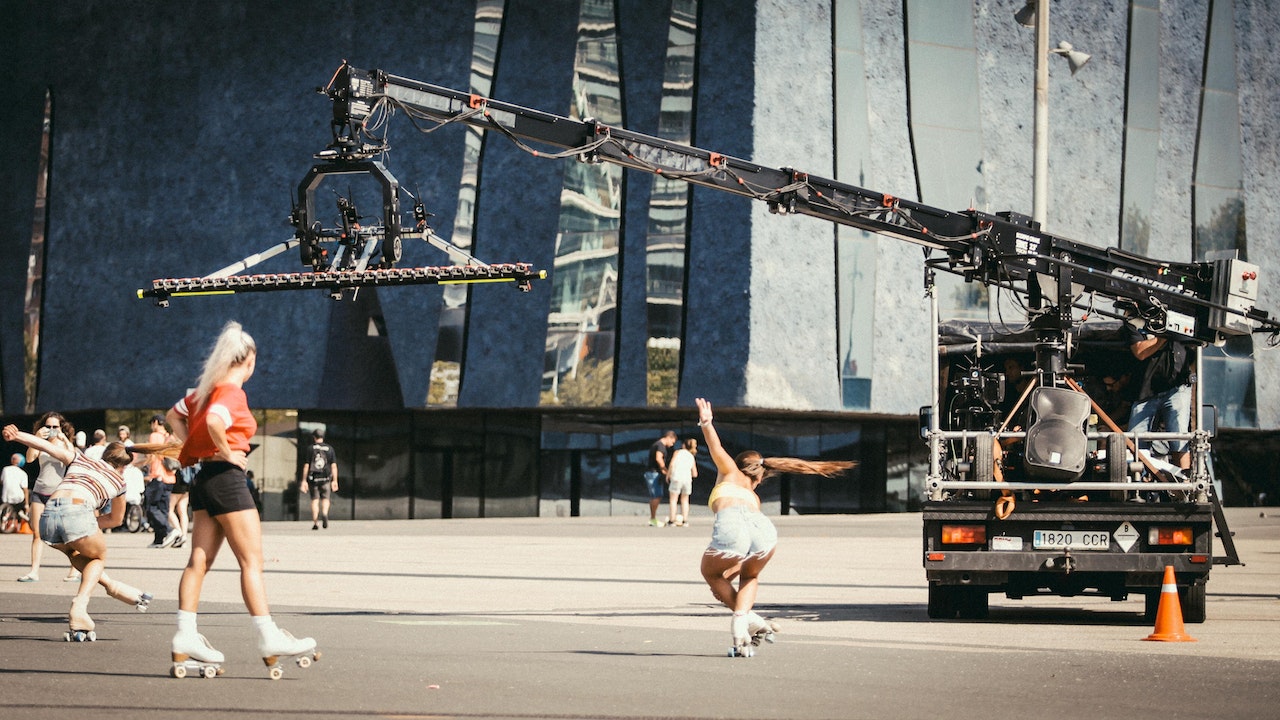 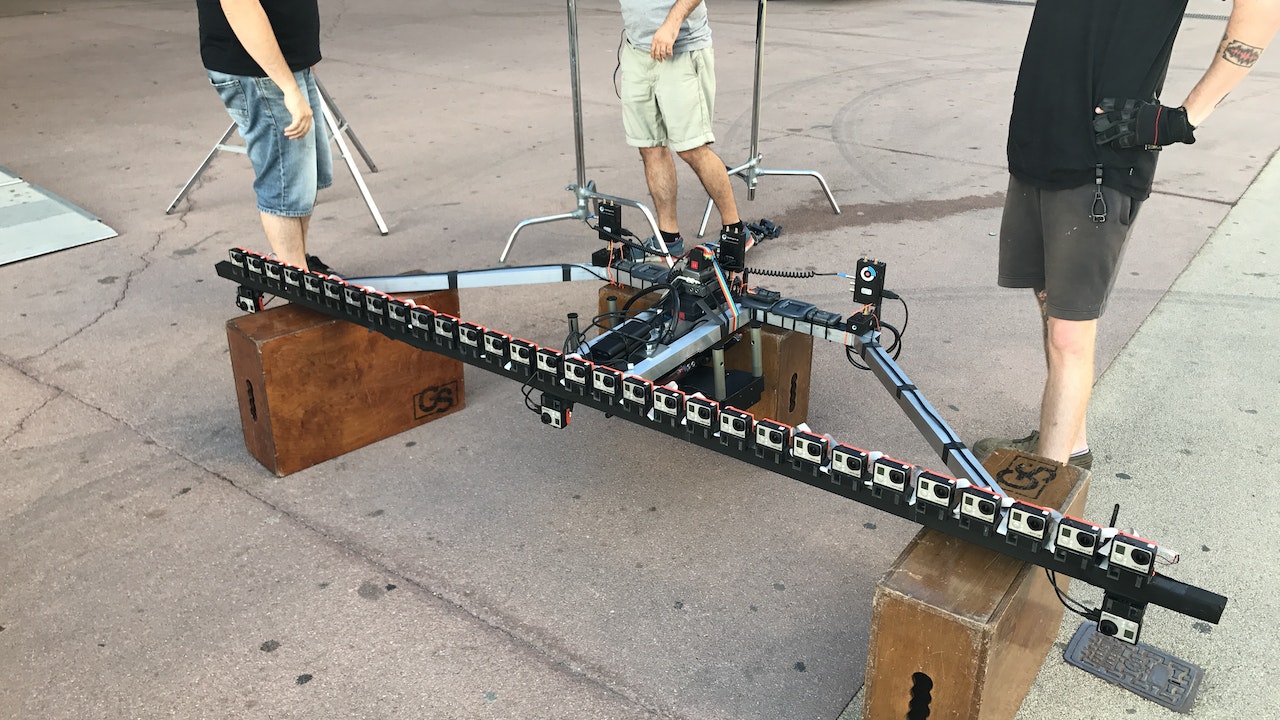 Ford Ecosport commercial I DoP'd for director formerly known as Andy Soup >> The great Andy Seaton! Bullet time across 40 GoPros in one shot!

The call was made to use 40 GoPros on a technocrane on the back of a tracking vehicle in Barcelona that next weekend whilst in the pub on a Friday night. I spent the weekend designing a frame that could carry said GoPros only by googling photos of a Scorpio stabilized head off the internet. Loren Colson, Clara Bennett and Jessica Ensor worked their butts off getting it fabricated and shipped to Barcelona in time as well as pulling together the other million moving parts. We would have made the frame in Spain but the whole of Spain was on holiday. Needless to say.... This had never been done before and it was tense. That was before even trying to pull the shot off! These guys did an amazing job hurtling themselves at the camera system and successfully pulling off their stunts time after time again.

Tyler Johnson  was our sports action filming specialist and GoPro expert from @gopro. A man that knows every trick and every angle.